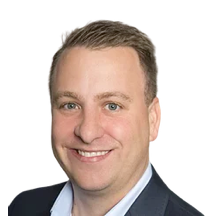 His background is in new and emerging technologies. With USSS, he was also a Committee Chairman for the 2009 G20 Summit. Since leaving the federal government, he has worked with customers around the world introducing disruptive commercial technologies focused on maritime, border and critical infrastructure protection. He also serves as the Vice President of Decision Science International Corporation, responsible for its commercial activities.

Brian has significant experience with Special Security Events such as National Special Security Events (NSSE). When an event is designated by the U.S. Secretary of Homeland Security as an NSSE, the U.S. Secret Service assumes its mandated role as the lead agency for the design and implementation of the operational security plan. The Secret Service has developed a core strategy to carry out its security operations, which relies heavily on its established partnerships with law enforcement and public safety officials at the local, state, and federal levels.

The goal of the cooperating agencies is to provide a safe and secure environment for Secret Service protectees, other dignitaries, the event participants, and the general public. There is a tremendous amount of advance planning and coordination in preparation for these events, particularly in the areas of venue and motorcade route security, communications, credentialing, logistics, lodging, and training.