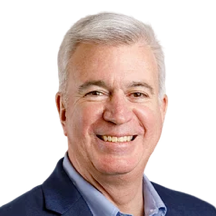 Before this assignment at AFRICOM, General Huston was the Commander, NATO Headquarters, Sarajevo, and Senior Military Representative to the country of Bosnia and Herzegovina (BiH). In that capacity, he advised the BiH authorities on military aspects of security sector reform and commanded all NATO Forces operating in BiH.

General Huston received his commission in 1987 following graduation from the Air Force Officer Training School. He earned his pilot wings in March 1988 at Reese Air Force Base, Texas, and began his flying career as a C‐141 pilot at Charleston AFB, S.C. He previously served as the Air Force Reserve adviser to the Assistants to the Chairman of the Joint Chiefs of Staff for National Guard and Reserve Matters, was the U.S. Director of Logistics at the Bulgarian National Logistics Coordination Center, and was the Liaison to the French General Staff during operations in Mali.