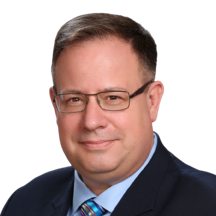 Michael Dishman is a senior consultant for Omnipoynt Solutions specializing in the Middle East and Africa. He has spent more than 25 years overseas in public and private sector roles, with over 21 years in the Middle East.

Prior to entering the private sector, Dish served over 23 years in the U.S. Army, serving as a Field Artilleryman and Middle East Foreign Area Officer (FAO). As a Field Artilleryman, Dish served in company-grade assignments in the U.S., Republic of Korea, and Greece. As a Middle East FAO, he served in Ankara, Beirut, Doha, and Istanbul, and led U.S. Central Command strategic and bilateral planning for Bahrain, Egypt, Jordan, Kuwait, Oman, Qatar, and the United Arab Emirates (UAE). He was the lead planner and author of Kuwait’s national defense plan.

Immediately after retiring from the military, he spent three years in the private sector responsible for regional business development for Lexington Security Group in Qatar, and Techwise Global in the UAE. In Qatar, he advised the Qatar Armed Forces on their national security and defense strategies as well as a national-level critical infrastructure protection plan. In the UAE, he was a senior advisor to the Land Forces commander on force modernization and transformation; he also served as an advisor on national resiliency to the Director of the Rabdan Academy and to the Commander of the Presidential Guard.

Prior to teaming with Omnipoynt Solutions, he served as the Senior Managing Director, Middle East, Africa, and South Asia for a Fortune 500 defense company where he was responsible for the development and capture of new business and execution of international programs throughout the region. In this capacity, he liaised frequently with regional governments and security services (military, special forces, and police), and was directly responsible for capturing over $100 million in regional truck and aftermarket sales and supporting the capture of over $1.2 billion in contracts in adjacent countries. He and his team developed future regional sales opportunities worth over $3.5 billion.

Dishman has a Bachelor’s Degree from the United States Military Academy at West Point and a Master’s Degree in Middle Eastern Affairs from the University of Texas. He is a graduate of the Field Artillery Basic and Advanced Courses, Combined Arms and Services Staff School, Greek, Turkish, and French Language Programs at the Defense Language Institute, the Command and General Staff College, the Turkish War College, and the Joint Military Attaché School.